The labyrinth of life and death and all that happens in between. Everything that we do knowingly or becomes part of, directly or indirectly, each moment creates our next moment. The next moment for everything, the next moment for this universe, the entire existence. We all together create our next moment, our future and hence become a part of a collective consciousness.

Brahma, the embodiment of this idea of a continuous calculation. Calculating each moment with its cause and effect, with its action and reaction, with it’s closing an event and opening of a new avenue, with it’s life and death, all just happening “in between two moments of life”.

This phenomenon takes place, “in between two moments of life”. Where it just does not calculate the previous moment but also design the next moment based on the previous. The design that calibrates our future is devised by Maa Shristi, सृष्टि who is gaining her purity of decision making from both the goddess of water & fire as a continuous process. 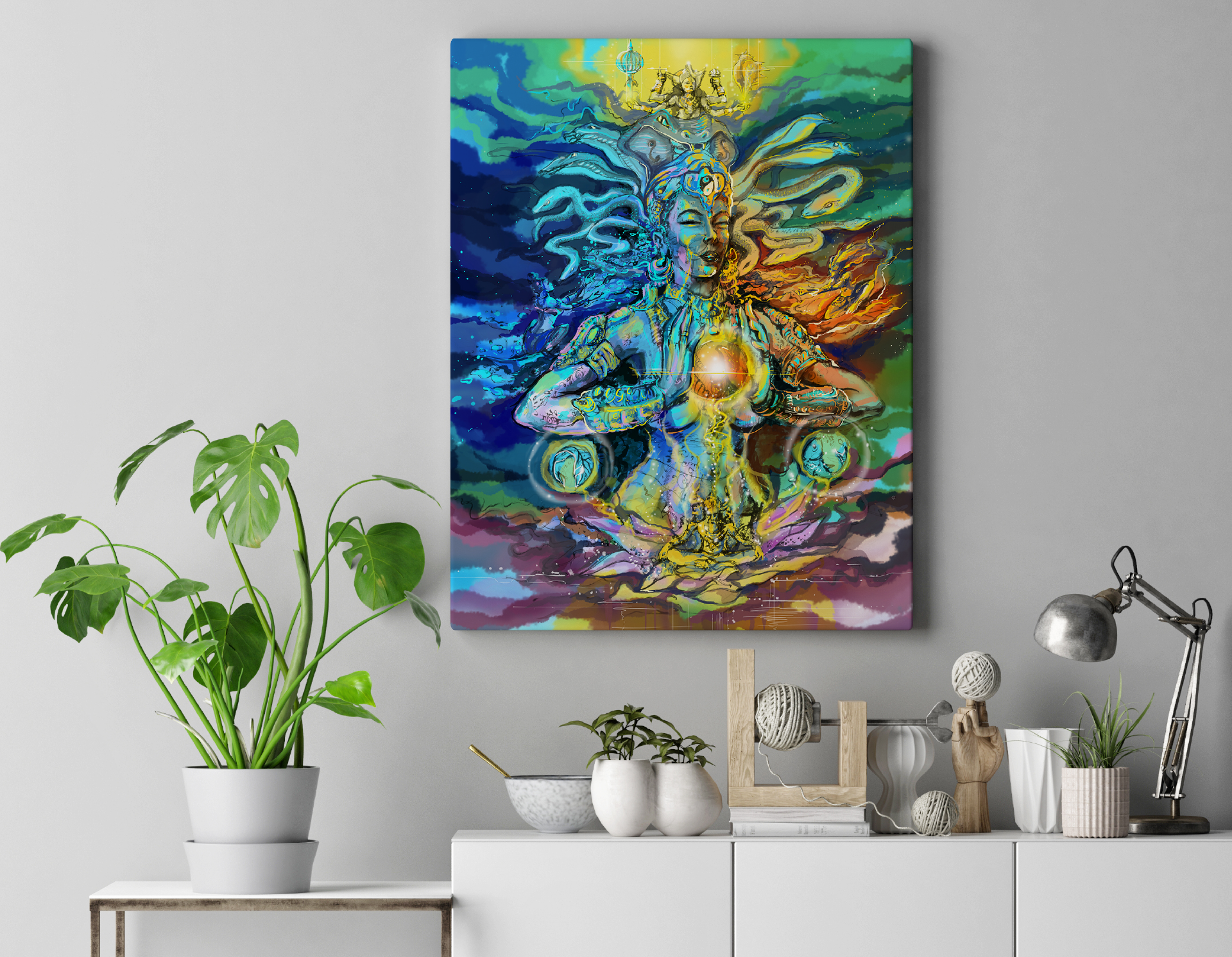 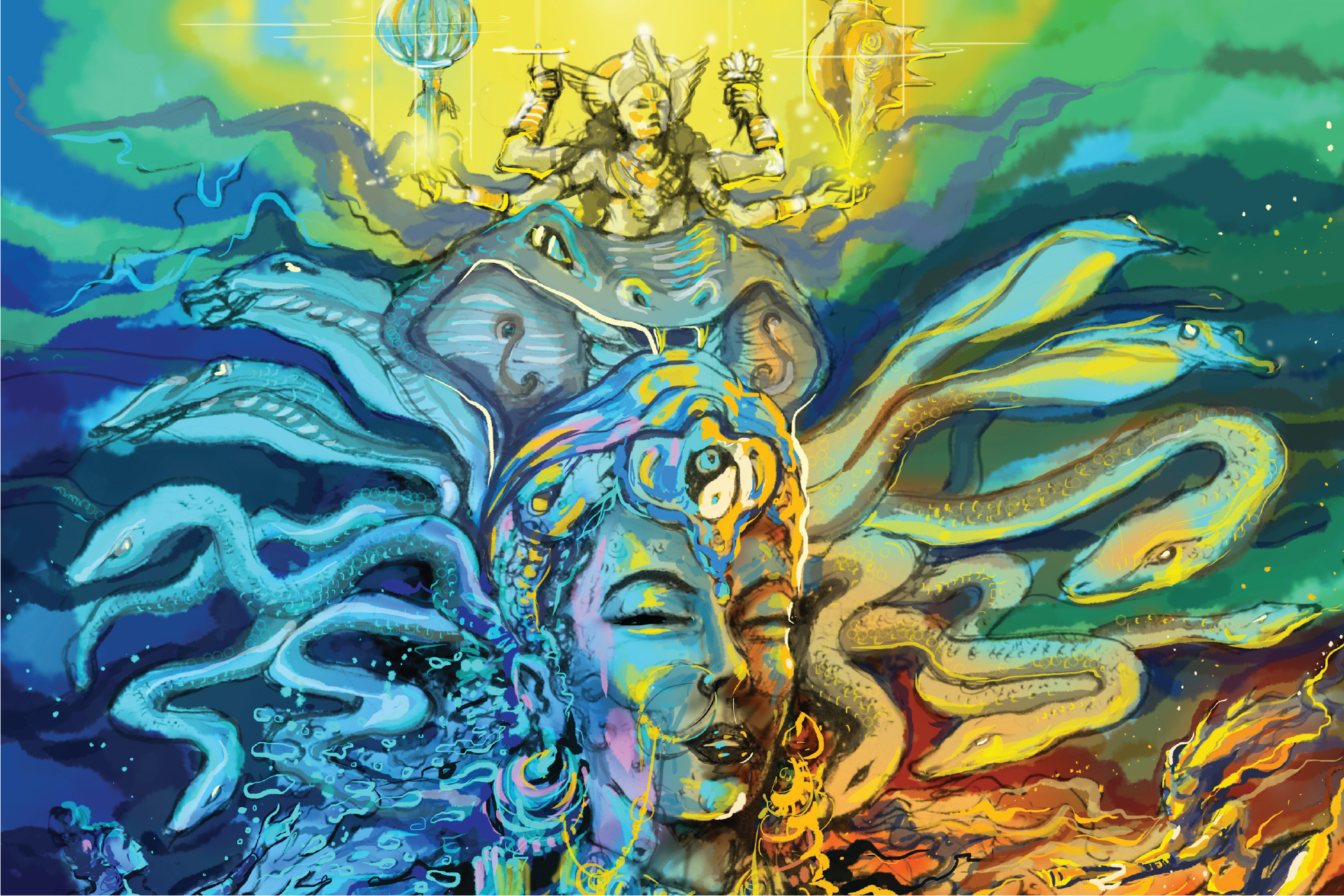 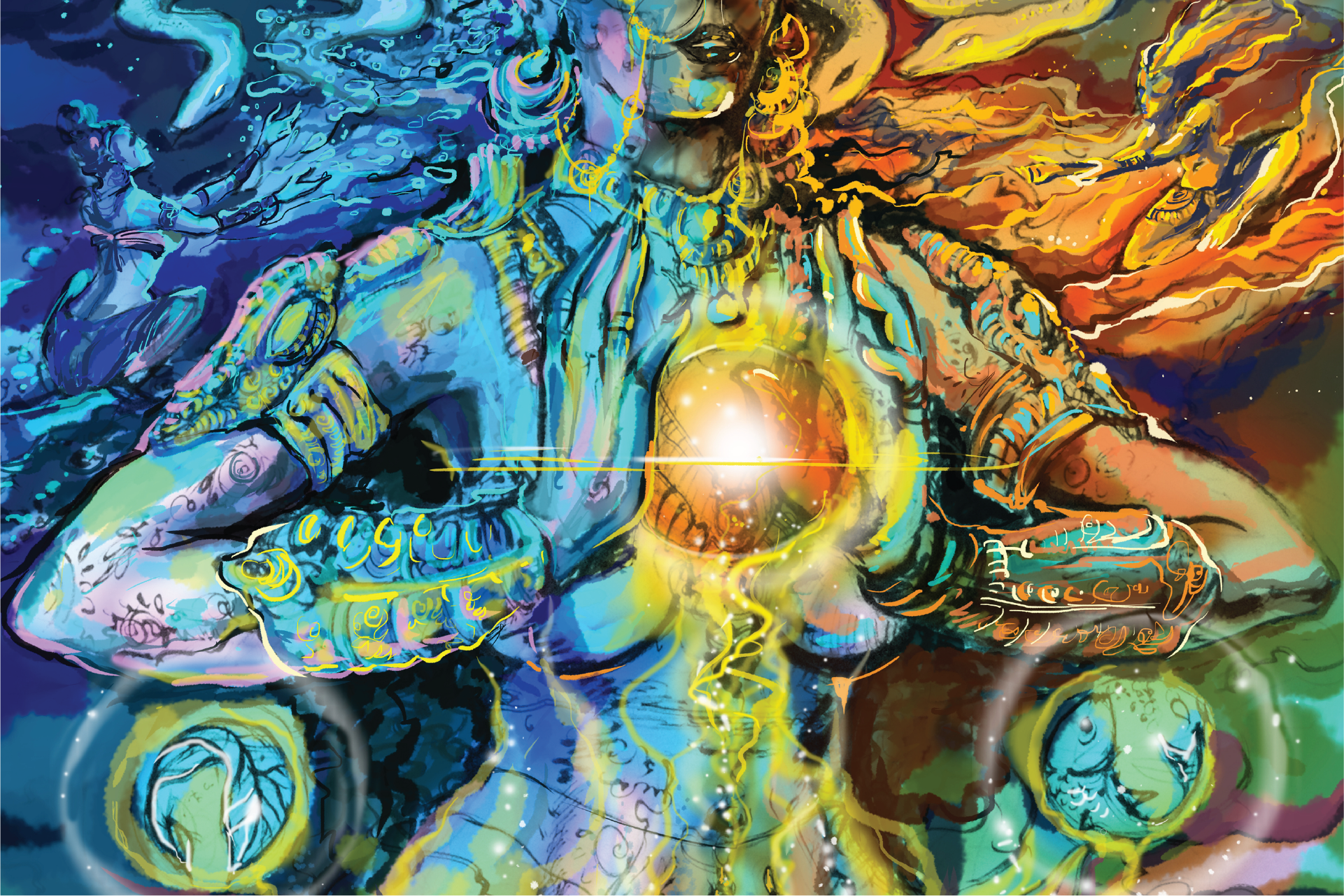 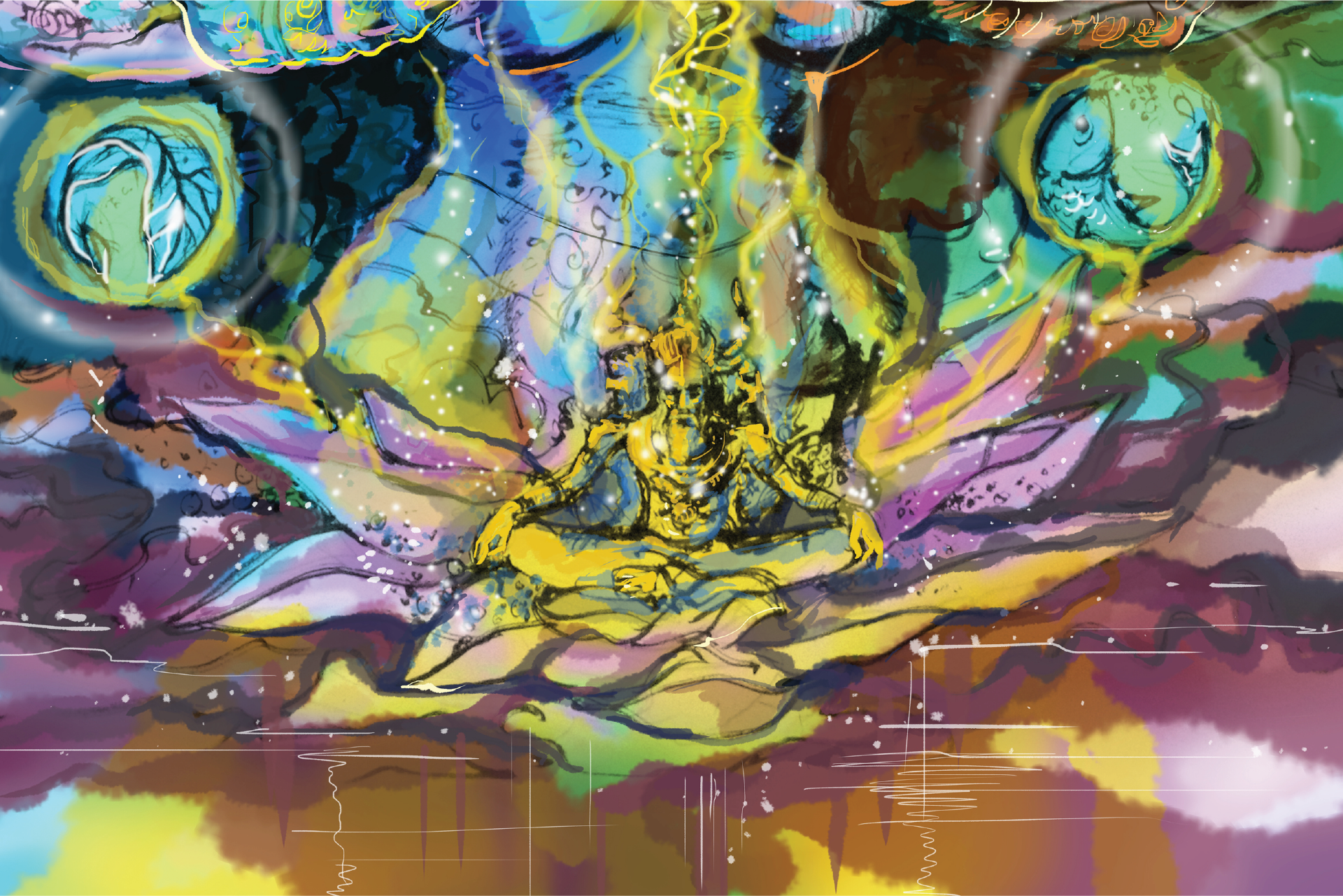 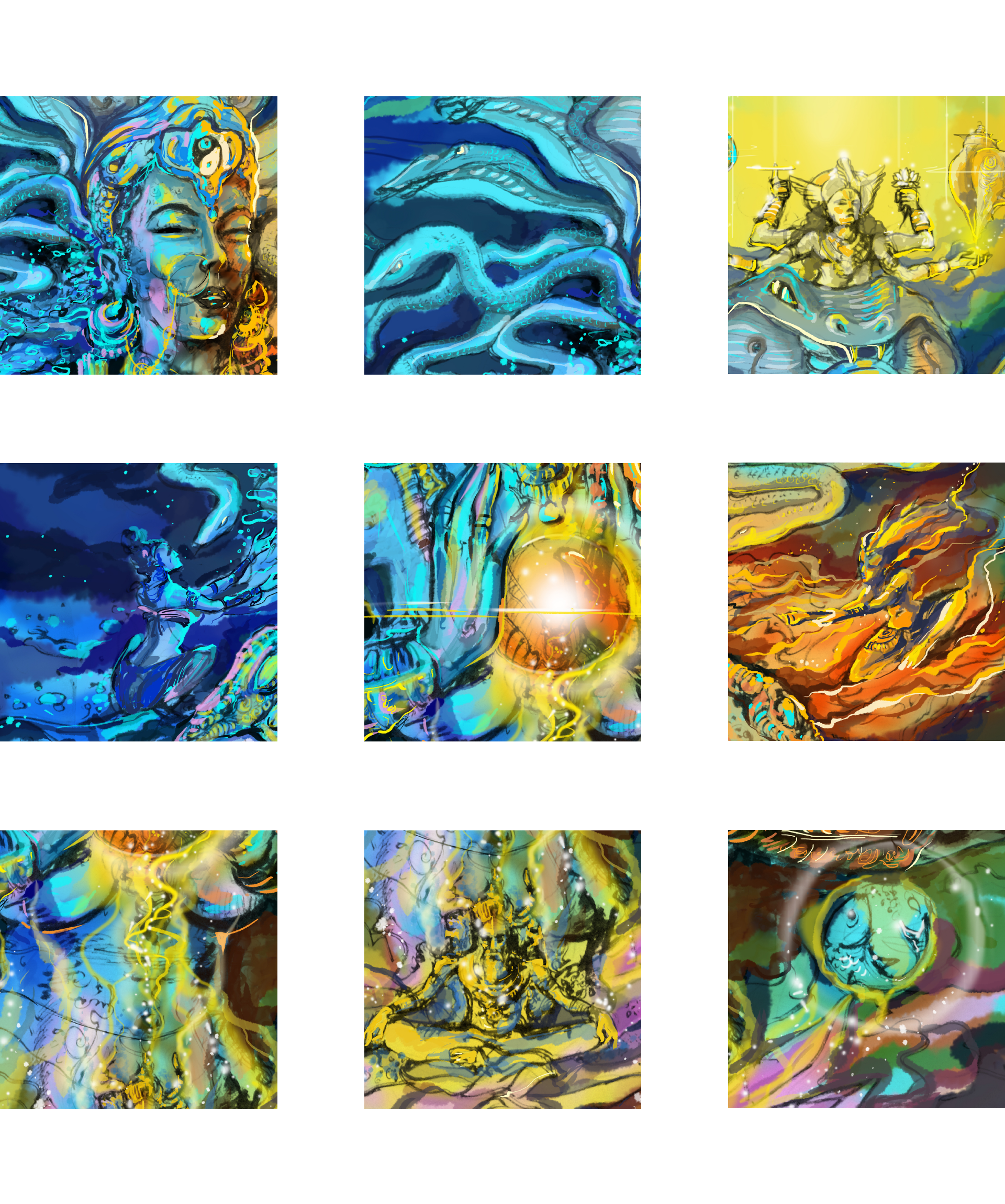