When the demon legend and a shapeshifter, size-shifter Mahishasura, won many battles in his quest to establish unrest. The boon that saved him, that says “No “man” can kill him” also holds the key to his death. One may call it lack of knowledge or severe arrogance, that he never considered to include a woman in his ask for the boon. That became the reason for the formation of Devi Durga. The great meet of the gods and goddesses held to combine the divine energies coalesce into the goddess. The combined forces resulted, Dashabhuja Maa Durga (দশভূজা মা দুর্গা). The three principal forms of Durga worshiped are Maha Durga, Chandika and Aparajita. The forms that define women, a holistic existence of a force that is as complete as anything in this entire creation.

Let her decide, let her arise. She is a part of all of us, it is on us to believe in the truth of the reason and not anything else. 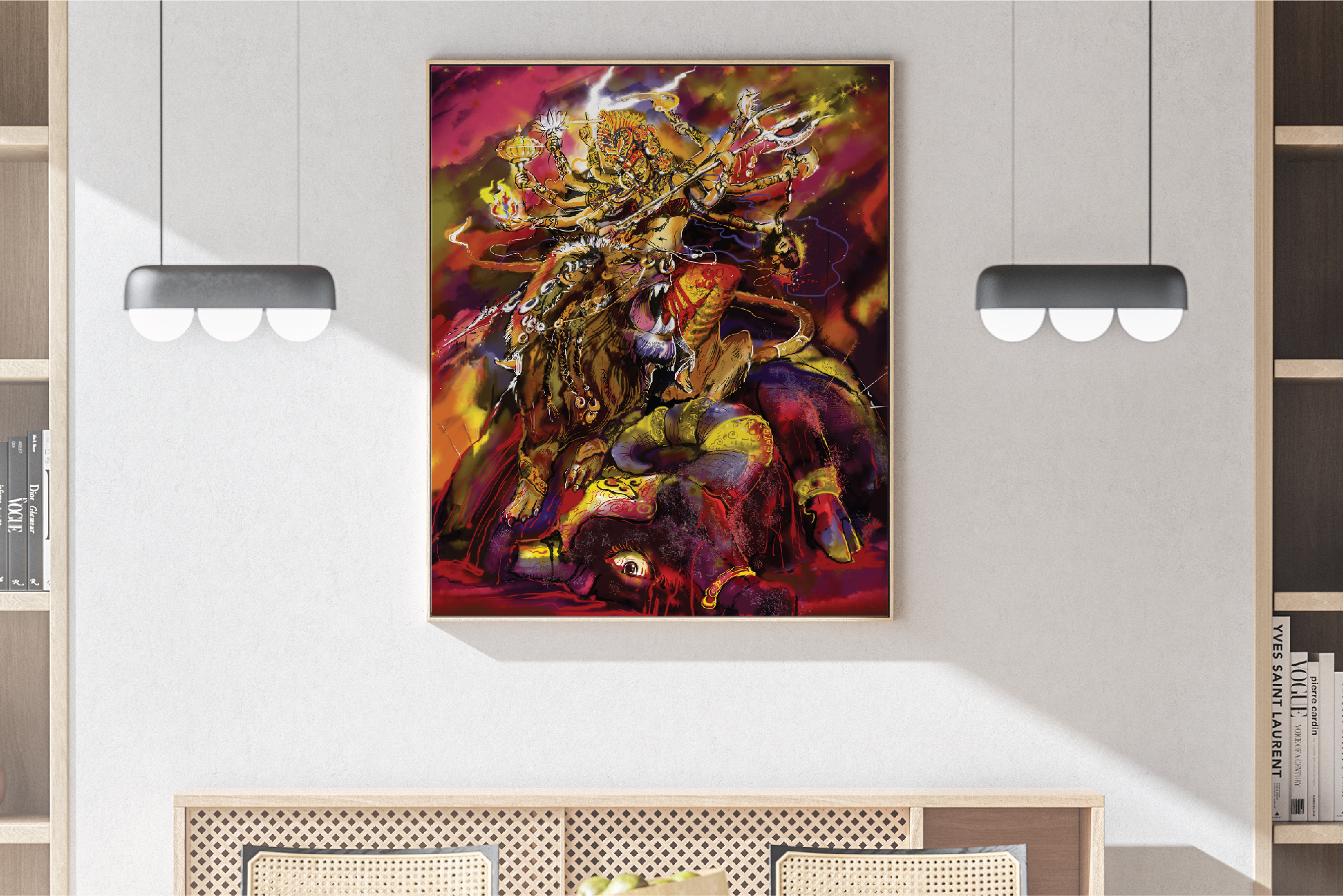 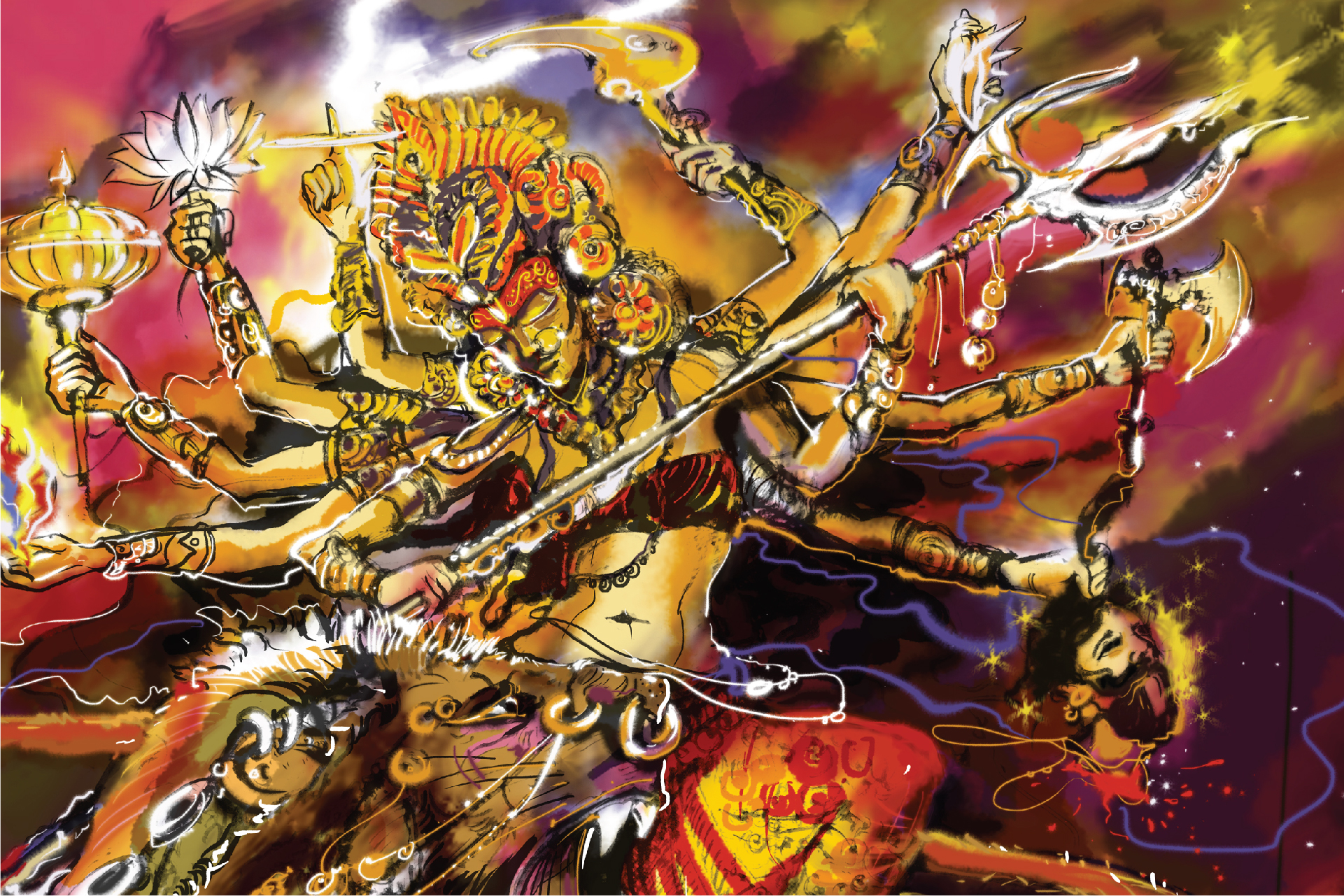 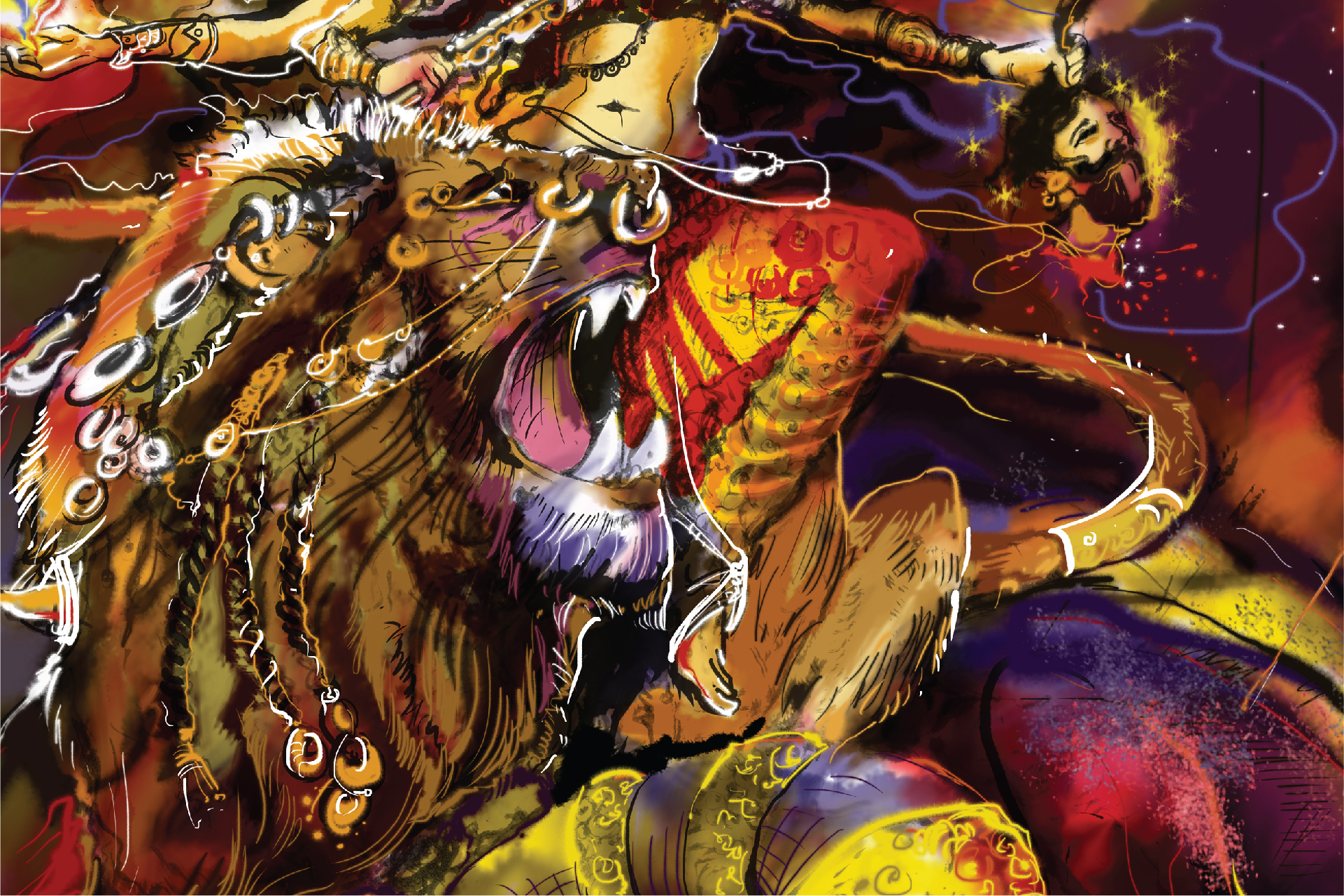 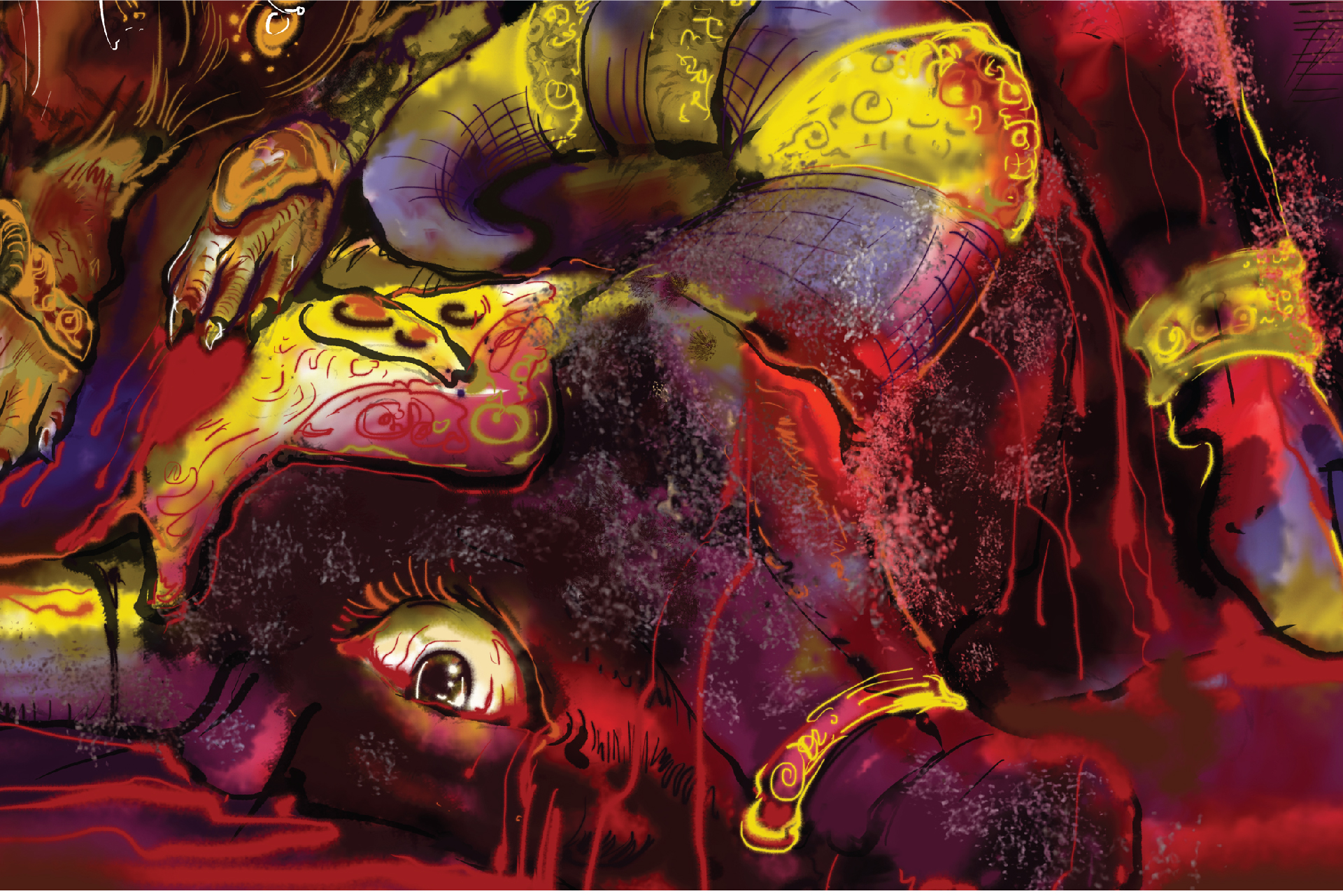 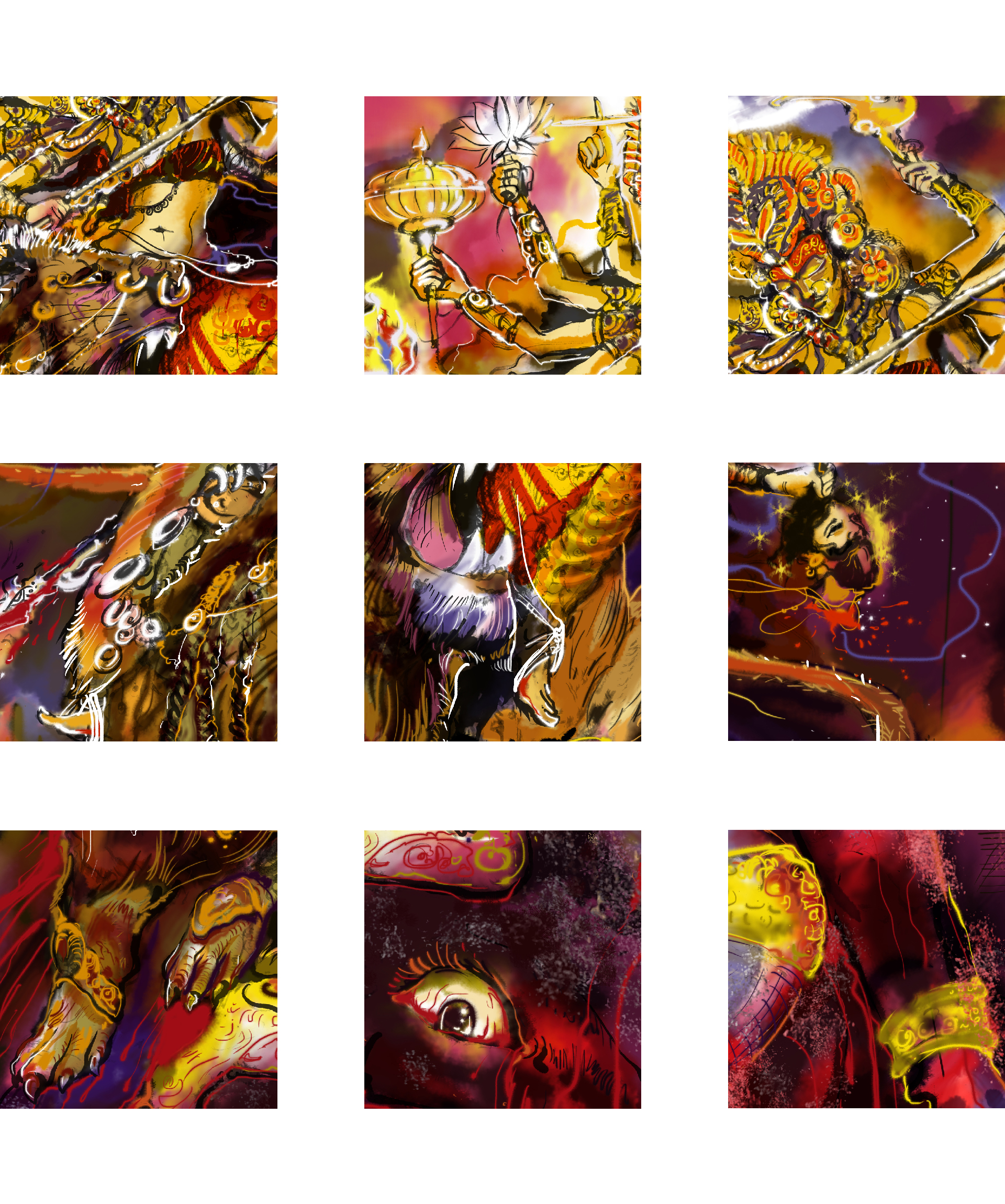